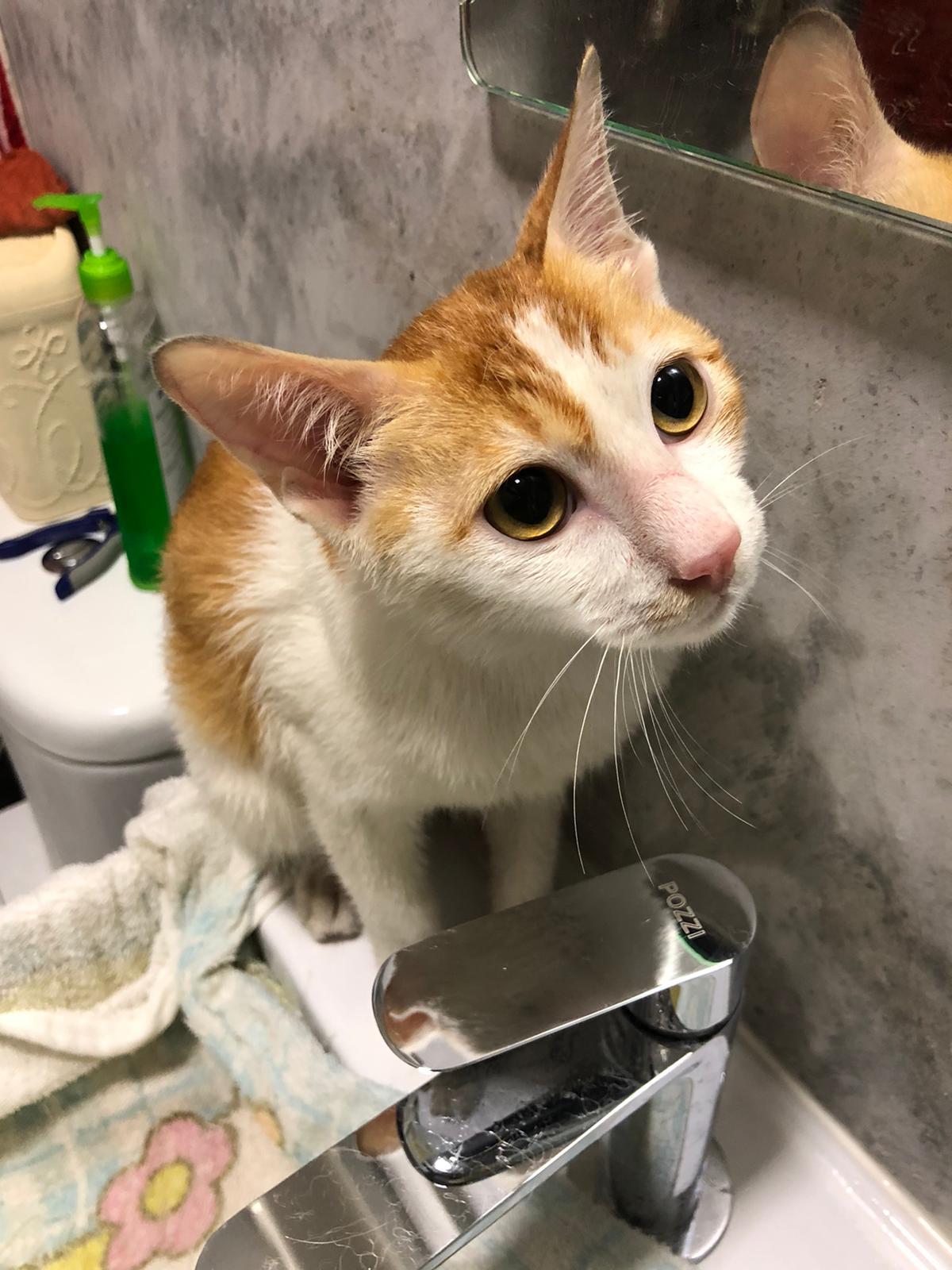 Living with Separation Anxiety: How I helped my Cat overcome it.

When Sherlyn first rescued Leo, he was afraid of being alone due to his past as a street cat. He meowed non-stop, causing her to be worried about his throat. His anxiety fuelled her to seek out a vet for assistance. Eventually, he adapted to being left alone and began to form close relationships with her other cats.

Separation Anxiety is a condition that affects both dogs and cats. It is commonly found in pets who have been brought up in a busy household, where they become accustomed to constant attention. For those who raised their pets during a pandemic lockdown, they might discover that their pets grew to develop separation anxiety once restrictions have eased.

To find out more about separation anxiety in cats, we reached out to Sherlyn once more to ask about her experience. She also shared some advice for pet owners who endure a similar struggle.

1. Hello! Nice to meet you, do tell us more about your relationship with Leo.

We adopted Leo a year ago. He was found alongside his 2 other siblings at the car park of a light industrial area. Before adopting Leo, we often fed him at the car park despite having no intention of getting another cat. We already had 7 at home. Besides that, Leo proved to be protective of his wellbeing and his siblings. He often tried to attack and hiss at us when we got close to him though we were feeding him.

Over time, Leo and his siblings became more familiar with humans. Leo’s brother was adopted first due to his openness to humans. On the other hand, Leo and his sister remained. On the day we took him home, he acted differently from his normal self. He sat alone in front of the glass doors which he would never do. Previously, he would always be hiding under the cars or at faraway corners.

We knew something was wrong. We tried feeding him but he refused to eat at all. He started meowing loudly and rubbed against our legs, a total 360 change from how he normally was. His sister was nowhere to be found.  We thought she might have been adopted too thus leaving him all alone. That’s when we thought “Hey, he is ready to be rehomed.”

We didn’t think much at first. Our priorities were to bring him home and foster him. However, after showering and spending time with him, our family’s hearts melted. We decided to keep him for good.

Amongst all our cats, Leo is the youngest and the most affectionate of them all. He is our only lap cap and loves the attention. His desire for constant attention is what led us to suspect he might have developed separation anxiety.

2. What is separation anxiety in cats? What were the main symptoms you noticed in Leo?

When Leo first joined us, he was confined to a cage and was placed in a separate room from all the other cats. He was there for about 2 weeks. In these two weeks, we realized that he meowed excessively which felt as though he was crying. He also ate too fast, demonstrated destructive behaviour by ripping/peeling off cat scratchers, often tried to vomit (similar to throwing up hairballs but nothing came out) and lastly, attempting to escape from the cage to come out.

When we weren’t in the room and Leo was in his cage, we would leave the door slightly open to observe what he does. He would meow non-stop if he hears someone moving past the room. Following this, he would try to pry the cage latch open.

We figured it was separation anxiety as he followed us wherever we went and always tried to get our attention. At first, we thought it might have been a result of him failing to adapt to indoor life or even an expression of him missing his siblings. Yet, his odd behaviour continued past the initial 1 week with us. We eventually sought professional advice from vets that Leo visited and was told: Yes, it might be separation anxiety.

3. What kind of measures did you take on to reduce Leo’s anxiety? Were they successful?

Although his separation anxiety did not affect our daily lives as we were mostly home– we wanted to make sure he did not feel left out when we interacted with our other cats.

We ensured that we continued to spend more time with Leo so as to ease his worries about socialising with the other cats. In comparison to them, he was a lot less active thus making him feel a little left out.

To improve interactions between Leo and the others, I had to constantly find things all of them would be able to do together. I looked for interactive toys and combined their feeding and treat times.

Over time, Leo got better and the rest began to play with him more. We saw that the meowing reduced and he began to follow us around less. He is now able to do what he wants independently. He also grooms the other cats/lets the other cats groom him and cuddle together.

4. What advice do you have for pet owners whose cats struggle with separation anxiety?

I think it is important to assure the cat that they are not alone and keep them as comfortable as possible to reduce their stress. Have lots of quality bonding time especially through play! Try to keep the cat occupied with interactive toys, tunnels, scratchers etc.

If the cat is a new addition to the family (be it your first cat, or subsequent cats), please take note of the commitments. This includes having ample time to keep them company. Leaving them alone for long hours during their initial stages would further exacerbate their stress.

If these actions result in little or no improvement, owners can also try using Feliway to further calm the cats down.

Personally, I strongly feel that asides from the company he got through spending time with us humans, Leo improved due to my other cats. However, this would differ from cat to cat. Some cats are just not suited for multiple cat households. Hence, I’d advise you to thoroughly assess the situation at home before getting another cat.

We thank Sherlyn for her valuable advice. For pet owners whose dogs suffer from separation anxiety, we urge you to read Qiu Li and Taro’s experience with crate training.

Do you know of anyone whose pets might be suffering from separation anxiety? Are you one of them? Share your stories with us down below.

Ten TikTok Talents To Tune in To

How to Keep Pets Safe at Home

A home should be a safe and comfortable retreat for every member of the household — and that includes any four-legged ones that share this space as well.

From paw vloggers to fashion pawdels, stay-home cats to outdoor doggos, here are 10 Instagram accounts you should be following!